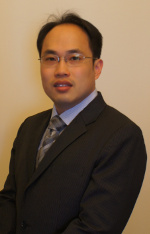 In addition to a busy practice, Dr Jason Chew has a young family and a proud father to three beautiful children. As an Australian of Chinese descent, he is fluent in Mandarin and Cantonese.